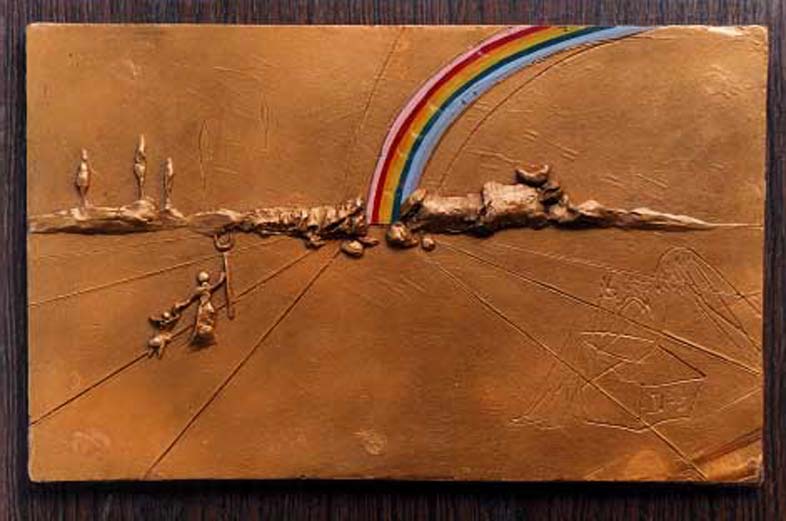 Here is the recipe: go to elementary school. Attend classes, learn as you are able, sit in your seat, be surprised on the day the teacher says, “Write a story.”

Put pencil to paper and find that arm connects to brain seamlessly. Characters, setting, and plot rush onto the page in a torrent until the teacher says, “Two more minutes.” Devise a quick ending.

The next day when the teacher reads a selected few stories to the class, listen. When you hear your own opening line, cross your arms on the desktop, and place your head in that soft nest. No one will ever guess that the story is yours.

Repeat in junior high school, then in high school. Enter the trance when writing letters to friends. But.

Others don’t understand the trance. Once one of your friends wrote to her husband in a letter shared with others, “Peggy wrote me a weird letter. I could tell that she was on drugs.” It wasn’t drugs, it was simply the trance of writing that caused your words to flow into vivid scenes and explore complex emotions.

The trance is something more than being absorbed by one’s work. It’s an altered consciousness in which part of the self is exploring a new landscape and the other is fully awake and present in ordinary reality.  Memories, associations, knowledge, and dreams flow together and new insights arrive. Oh, how I love the trance! But when I grew older and started writing every day, the trance became elusive. Writing became an ordinary task, a habit, work.

Salvador Dali found inspiration for his surrealist art by napping and waking himself up before entering into a deeper sleep.* He pursued hypnagogia–the interim stage between consciousness and sleep. The few times I’ve recently managed to enter hypnagogia I found myself in a paleolithic world listening to a consciousness that spoke into the chasm between us. It was the voice of creative energy.

Fortunately, I discovered an organization (the Foundation for Shamanic Studies) dedicated to researching this state of being; it offers classes on how to intentionally move into and out of a trance. Without using drugs, the practitioner controls the altered state of consciousness. In the trance state, practitioners can solve problems, increase their compassion and creativity, and heal themselves and others within an ethical framework.** This method uses core shamanic practices developed independently by multiple societies. None of the information taught is specific to a particular culture. I am satisfied that there is no cultural appropriation and I invite anyone concerned to make their own investigation of the Foundation’s curriculum.

Humans have participated in trance activity since we first joined together to help one another survive.  Already the activity has changed me. I define myself as a human being now rather than as a woman, Christian, or citizen. Even a tiny flutter of awakened compassion can make differences lose their power.

**The healing methods taught by FSS are considered adjuncts to research-based medical best practices, not a replacement for them.

One thought on “The Writing Trance”

This drawing of trees in a line next to a walking path is by Max Klinger, 1857 – 1920, a German Symbolist artist. This work of art is in the public domain, via Wikimedia Commons.